Canton GA Zoysia sod is a wonderful grass that may never have had the chance to prove its merits on your property. Unlike other forms of warm weather grass, zoysia forms will do well both under heavily canopied tracts of land as well as those constantly exposed to the sky. Do you have sandy and even salty soil conditions on your property? – no problem, this turf survives even these challenges. And, if your property incurs heavy volumes of foot traffic, this grass will maintain its dense structure. There is very little keeping you from checking out this sod if you are on the market for new grass.

Canton GA Zoysia sod is winning folks over.
Call us for a free estimate and a green lawn.
We can be reached at your convenience: 404-333-8172. 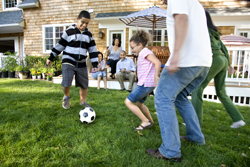 This grass is very suitable to the conditions typically featured in North Georgia and throughout the region of the Southeastern United States, making Canton GA Zoysia sod a preferred blend for more of your neighbors. This grass hails from several countries in Southeastern Asia, including Japan, China and South Pacific islands. It has been a very popular sod throughout that region in the world for centuries because it features several beneficial characteristics. They include:

Canton GA Zoysia sod should be compared to other forms of sod, which feature similar characteristics but not as many of tolerances. A western botanist named Karl von Zois discovered this grass and brought its advantageous traits to be used on the other side of the world in 1911. This grass is also known as Manila grass because of its prevalence along that region.

There are some measures you may consider for your new turf after it has been established on your property. Winterization and aeration are ways to prevent issues such as thatch (a thick layer of dead grass) as well as a disease known as rust. Aeration works by poking holes in your soil, allowing for it to breathe and process water and nutrients better. These are common measures for grass, and there is less overall maintenance required for Canton GA Zoysia sod.

Listen to our jingle